5 MOST FAMOUS ENGLISH SONG LYRICS EVER 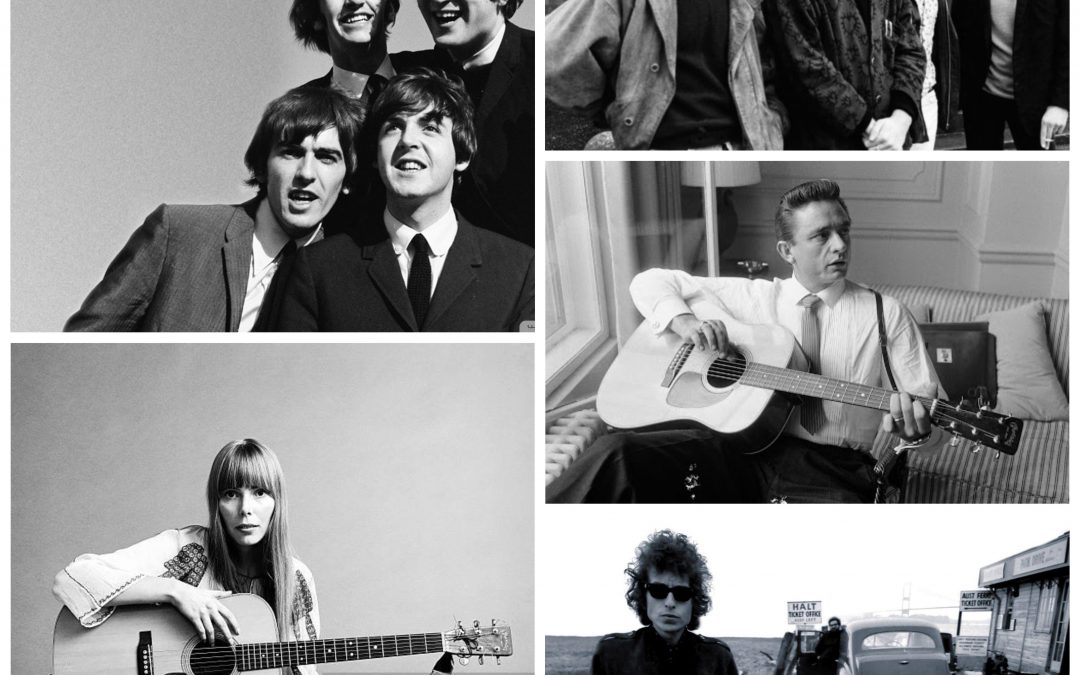 Lyric writing is a tricky business. Finding words that convey exactly what the songwriter feels, while fitting into a certain melody and tempo, the sound of the words has to be pleasing to the ear too.

Lyrics can be the starting block of a song – the words coming first, suggesting a certain feel or mood, and inspiring a melody. This is the power of words. Great song lyrics have the power to move you – whether it’s a tear of happiness or sadness, this is the songwriter’s gift.

Others are simply catchy – sing-a-long lyrics they stick in your head, even if they’re completely meaningless – naaa na na na-na-na-naaaaaa aren’t exactly the most inspiring lyrics ever, but thanks to The Beatles’ ‘Hey Jude’ they’re among some of the most-sung in the world! The protest song to end all protest songs, Dylan voiced the concerns of a generation when he penned this anti-war lyric. With Vietnam raging, and conscription forcing young Americans to fight in a war they didn’t understand, the lyrics captured all of their rage, fear and disgust perfectly. Sung in the first person, from the point of view of a young man who doesn’t want to be forced to join the army, makes the song all the more personal. The melody here is so simple, and yet this song has been covered by more artists than you can count – it’s all thanks to those incredibly powerful lyrics.

“Take a sad song, and make it better…”

While John Lennon initially believed that this song was written for him, at the start of his relationship with Yoko Ono, in fact Paul McCartney penned this Beatles classic for Lennon’s son Julian. Originally titled ‘Hey Jules’, the song was written to comfort a young Julian as his parents divorced – and its lyrics have since brought comfort to countless others.

Also written around the time of McCartney’s new relationship with Linda Eastman, it’s a song that offers encouragement, advice, and a strong belief in love – yet another famous lyric about love – it seems we can’t escape it! But Hey Jude is almost as well known for its ending – over four minutes of those famous ‘na na na’s stretch the song out to over seven minutes long, at the time making it the longest single ever to top the UK charts, giving the Beatles their biggest hit in America too.

Johnny Cash – I Still Miss Someone “There’s someone for me somewhere/And I still miss someone…”

Another simple melody that’s transformed by its painfully heartfelt lyrics, this is one of Johnny Cash’s most famous songs, and one of his most-covered. There have surely been more lyrics written about love than anything else, and the ones that stay with us are often about lost love.

Here, the lyrics hit home because they are so honest and truthful – every one who’s ever lost someone can relate. One of Bob Dylan’s own favourites, Joni Mitchell, Emmylou Harris, Dolly Parton, Gram Parson and Stevie Nicks are just some of the artists who have covered this country classic. “They paved paradise, and put up a parking lot…

One of Neil’s fellow Canadian musicians, and a good friend of his from the folk scene, Joni Mitchell has written her fair share of famous lyrics. Perhaps the best know are the ones she penned for Big Yellow Taxi. Written about her concerns with pollution and the environment, Joni explains: ““I wrote ‘Big Yellow Taxi’ on my first trip to Hawaii. I took a taxi to the hotel and when I woke up the next morning, I threw back the curtains and saw these beautiful green mountains in the distance. Then, I looked down and there was a parking lot as far as the eye could see, and it broke my heart… this blight on paradise.”

The lines “you don’t know what you’ve got til it’s gone” apply to a whole range of circumstances besides the destruction of the earth – helping the song become a universal favourite.

The Smiths – There Is a Light That Never Goes Out It’s rare to find a band that are as critically acclaimed for their lyrics as much as their music – but thanks to Morrissey the magical wordsmith, The Smiths have managed just that. An avid reader, a big poetry fan, and a romantic at heart, Morrissey has written some of the most famous lyrics to emerge from the British music scene in the past 30 years. Their song titles alone contain more poetry than most lyric sheets – Shoplifters of the World Unite, Last Night I Dreamt That Somebody Loved Me, There Is a Light That Never Goes Out – they’ve even inspired countless tattoos.

There Is a Light is one of their most-covered songs, with lyrics that were apparently inspired by one of Morrissey’s heroes, James Dean in Rebel Without a Cause. Appealing to teenagers everywhere, the lyrics talk about teenage alienation – a need to run away, experience the first excesses and excitements of life, when you no longer feel at home in the family home.