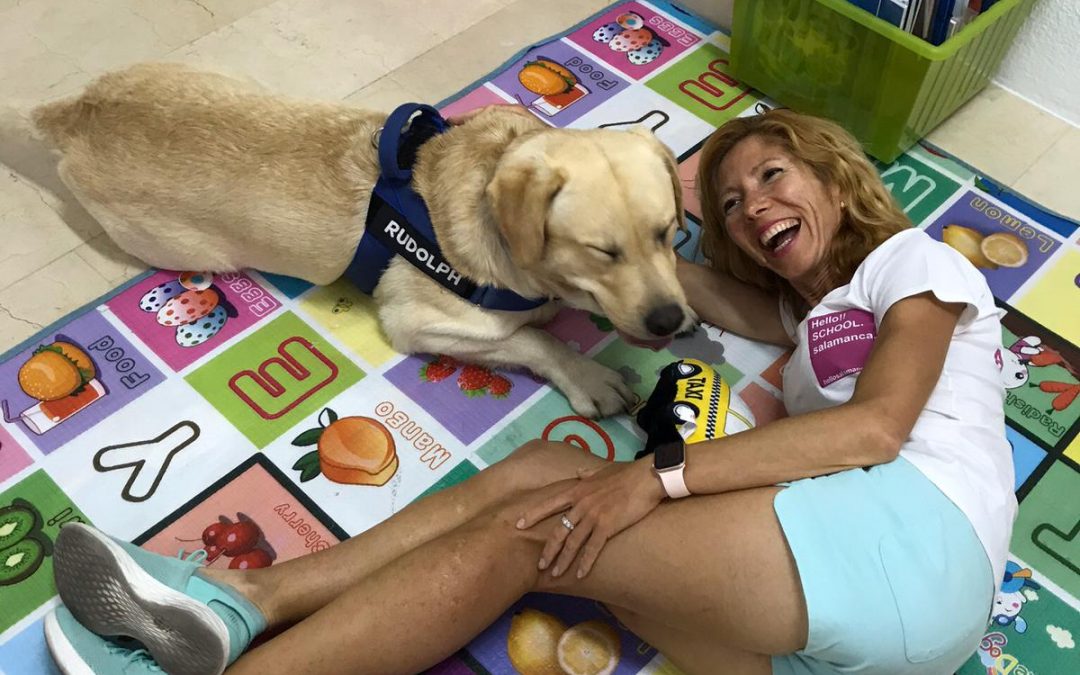 Every child at some point begs their parents for a puppy. As a parent, we can’t help but think of all of the added chores and financial obligations that come with owning a pet. But did you know it can actually benefit the health and development of your kids?

Thats why, at Hello English School, we have our puppie Rudolph, to collaborate with kids education.

In honor of National Kids and Pets Day, we explore the advantages that kids who grow up with dogs have. The list could go on and on, so here are just a few:

#1 A Life Lesson in Responsibility

Looking for an opportunity to teach your child an important life lesson? Taking care of a living being is different than being responsible for unloading the dishwasher. From walking, bathing, feeding, and picking up after- these are all tasks that your child could do for the household pet.

#2 Kids Who Grow Up With Dogs are Healthier

Recent studies in pediatric health have concluded that children who lived with pets (but especially dogs) during their first year of life actually had a better immune system than those who did not. They believe that exposure to dogs may have positively boosted the maturation of their immune system during infancy. In addition, when they did fall ill, they needed a shorter course of antibiotics compared to the children who did not live with pets.

Allergies, respiratory allergies or asthma, are much less likely to develop similar issues if they they have a dog in the house. They found that the early exposure is key. Children who had a dog after the first year of birth had no added health benefits.

Recent studies found that dogs actually protect children who are at risk for eczema. In fact, children with dog allergies, who did not have dogs in the home, were four times more likely to develop eczema than those who did. 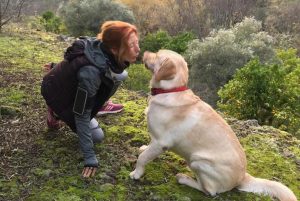 Caring for another life will require your child to become a more compassionate individual. Feeding or walking them, at times they may have other things they would rather be doing, will mean that they have to step outside of themselves, and practice being selfless. A teacher who participated in a study about classroom pets said, “Having pets is an INVALUABLE aid for helping the children gain pride, caring, and empathy for the needs of themselves and others”.

In addition, caring for a pet builds a child’s self-esteem. Accomplishing small tasks (such as filling up their water dish) will help them feel like they are competent and will also give them a sense of accomplishment.

The Center for Disease Control and Prevention found that children with dogs in the home had reduced anxiety levels and reduced amount of perceived stress. They believe that kids who interact with dogs have increased levels of oxytocin released to their brain. In short,  DOGS = HAPPINESS (but you probably already knew that).

Trying to find a way to pry your kids off of the couch and away from screen time? Try adopting a dog! On average, children who have a dog in the home exercise an average of 11 minutes more per day than those who do not have a dog. Those minutes may not seem like a lot, but they add up to 5.5 hours a month, and 66 hours per year! Some researchers believe that dog ownership may be a viable way to help combat childhood obesity.

Did you know that 1 in 45 children in the United States have been diagnosed with autism spectrum disorder (ASD)? That is nearly 2% of the entire population of children ages 2-17 years of age. Non-profits, such as Good Dog! Autism Companions, have found that therapy dogs have an amazing impact on the quality of life and development of children with ASD. Some of the many benefits include:

Come to Hello English School and meet Super Rudolph, our school puppie, and have the best learning experience, ever.
Also, you may follow Super Rudolph and Little Bea adventures on our UTUBE Channel.