HOW MUCH DO YOU KNOW ABOUT ‘INTERPRETING’? 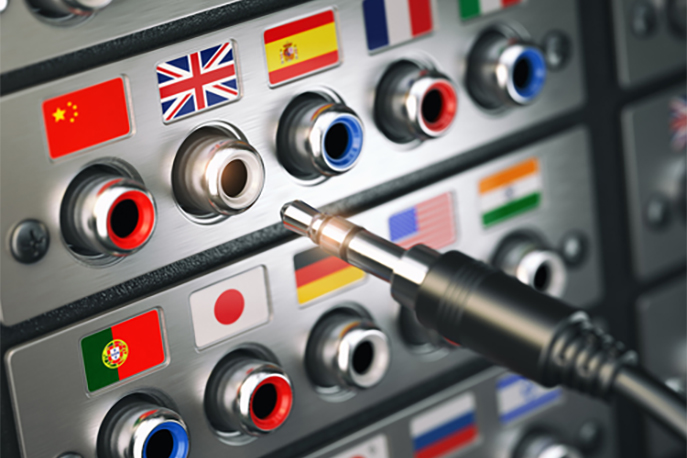 Interpreting is a dynamic activity and the primary goal is to convey somebody else’s ideas.

Is interpreting really about memory exercise? Well, not exactly.

It is mandatory to be intellectually involved in the speaker’s thought process.

When the speaker pauses or finishes speaking, the interpreter renders the message in the target language by interpreting his own notes. The important thing in this case is that the interpreter should maintain eye contact with the audience as much as possible: notes are just a small aid for the interpretation.

Simultaneous interpreting is when the interpretation is rendered almost at the same time the speaker is speaking.

Whispered interpretation can be used only for very few delegates sitting or standing close together. It is used mainly in bilateral meetings or in groups where only a few delegates do not share a common language in order to save time.

Some curiosities you need to know

Anticipation: since the message is still in progress as you’re relaying the interpretation, being able to anticipate what is upcoming can be very helpful. Familiarity with the topic is a must. To practice, pay attention to how people around you speak.

Decalage: is the length of time between the start of the speech and the beginning of your interpretation. A longer decalage allows for higher accuracy because you get more context before interpreting. In your training, challenge yourself to increase your decalage.

Selection: one of the downsides to simultaneous interpreting is that sometimes, due to the speed in which the message needs to be conveyed, the interpreter isn’t able to catch everything, leading to some omission. Being selective is mandatory.